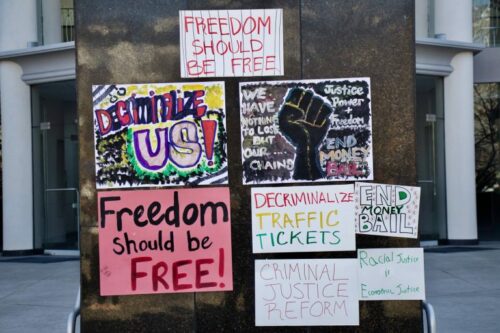 With a very limited legislative cycle, low pay for legislators, and relatively lax lobbying, there is a perfect storm for corruption and decision making favorite corporate donors and power. This is why a relentless agenda of accountability and mass and member mobilization by many of the groups noted in this brief have been fundamental to pushing back. These interconnected movements have set forth and won on issues that may feel like unlikely victories in questions like drug price reform or certain labor laws. Yet the stubborn blockages against movement on housing affordability or mining taxation continue to remind of the influence of corporate power in Nevada’s limited legislature.

These tensions and the hard work of organizing in a vast state landscape with complex politics was in full view in the 2022 Nevada Governor’s Race – a position that holds tremendous weight given the part-time legislature. In 2022, Clark County Sheriff Joe Lombardo launched a campaign for governor, after boasting about his record of 10,000 or more deportations direct from the Clark County Jail and via the Las Vegas Metropolitan Police Department (both headed by the Sheriff).

Towards this work to build a new normal, intensive dialogue and organizing, and a strong “inside-outside” strategy to work with but not be beholden to elected officials, has led to significant changes on issues like health care. Thanks to organizing by groups like MRNV and in collaboration and conversation with Culinary Workers Union Local 226, in 2021, Nevada legislators moved to authorize a plan and rollout of a health insurance public option by 2026. This relatively quiet victory is a significant move forward “values-based health funding” and a plan to widen healthcare access radically.