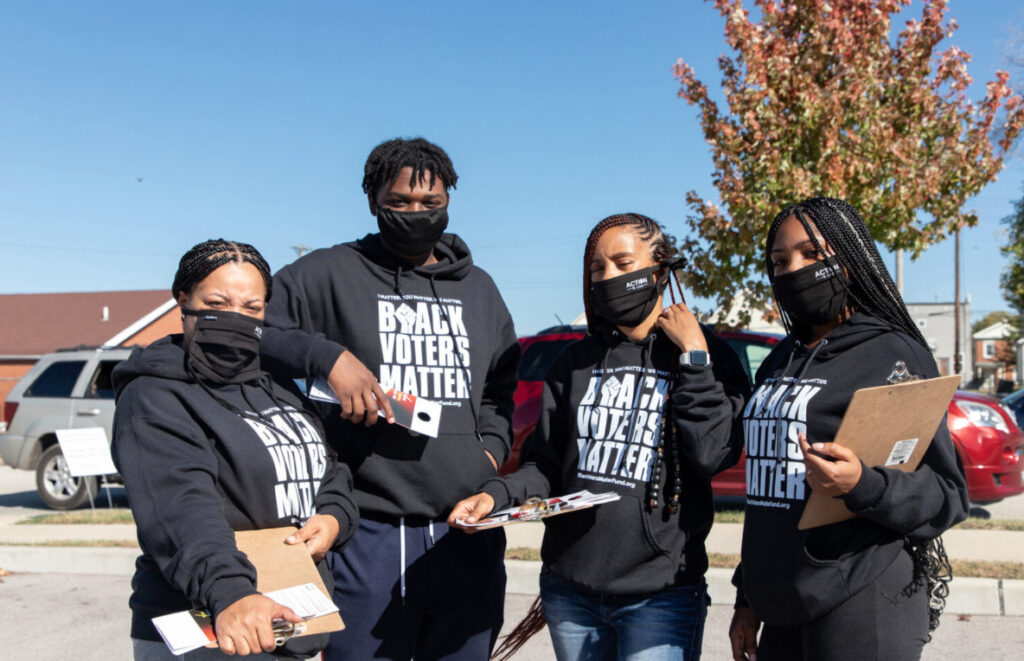 The police murder of Michael Brown and subsequent uprisings in Ferguson may have galvanized philanthropic attention to St. Louis, as well as the formation of organizing coalitions, but St. Louis has always had a strong tradition of longer-term Black leadership in the region and in the years since the Ferguson uprising in the fall of 2014, powerful young Black organizers  have carried the torch on, despite regional disinvestment and extraction. The Ferguson Uprising raised consciousness, mobilized activists in the St. Louis region, brought new leaders to the fore, and sparked several new experiments at coordinating strategy among groups on the ground. People who felt powerless moved into leadership as powerful organizers. New, younger Black leaders came to the fore of the movement and have birthed new organizations, forged new relationships, and deepened existing ones. Many wins have been centered in relationships, activists also being trusted messengers building power for their communities, and multiracial worker organizing.

Incarcerated people protest from within The Workhouse. Source: Action STL

The Close the Workhouse campaign demonstrates the power of organizing on the local level. Often the conversation on incarceration focuses solely on prison and sentencing and not on the impact of local policing and incarceration policies that fuel pre-trial detention. The campaign focuses on organizing Black people directly impacted by these systems while also setting forth a vision of how communities can thrive when we address underlying issues that perpetuate harm, and communities are resourced. In recent years, the campaign has had major successes including the passage of legislation to fully close the jail in 2020. In 2021, the jail was emptied and defunded from the city’s budget. While the workhouse has not fully shuttered, there has been an incredible decline in the pretrial population. The campaign continues to organize for the full closure of the jail and to ensure that the building is not used for future detention in any way.

There have been instances of strong partnership and coalition between community organizations and labor in St. Louis, based on the understanding that the issues that organizations are fighting for directly impact the base that labor wishes to organize. Connecting across issues allowed for deep relationships and stronger campaigns. As Kayla Reed of Action STL shared with us, the people most impacted by the workhouse and the discriminatory and predatory systems of incarceration in the city of St. Louis are often young Black people who are most likely to work in industries such as fast food retail and healthcare. During the Ferguson uprising in 2014, when protests sparked, many of the leaders who organized marches and led powerful demonstrations were leaders associated with the Fight for 15 campaign. These leaders have gone on to become organizers, elected officials, and union leaders, and was the foundation for a strong partnership between SEIU and the Close the Workhouse campaign.

As noted in the prior sections, the People’s Plan is a comprehensive policy agenda designed to help build power and redistribute resources in St. Louis, anchored by many grassroots organizations, as well as labor. Also essential in resourcing movements to build civic power is funder work to move resources towards both c3 and c4 efforts, such as the work of the Missouri Organizing and Voter Engagement Collaborative.

Too often, power structures divide Black leaders, particularly when there is not deep investment in finding alignment and understanding collective power. Conversations with young Black movement leaders have resulted in a new project called LeadBlackSTL. LeadBlackSTL will build deeper and sustainable relationships between Black leaders in the St. Louis region and work towards political alignment by building a leadership development program designed by and for young Black leaders in the region. The design team was anchored by the Directors of Action STL, ArchCity Defenders and WEPOWER and will launch in 2022. 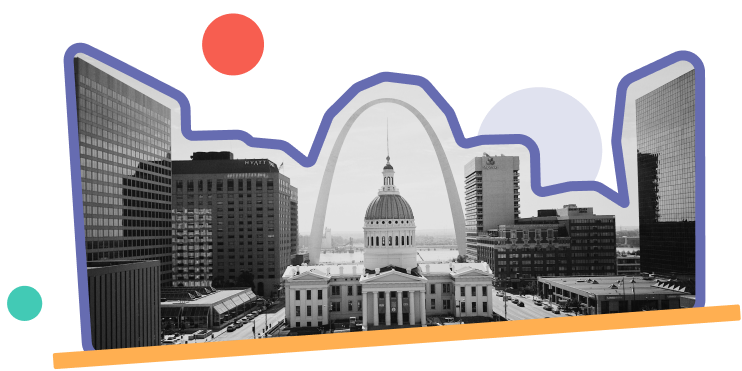